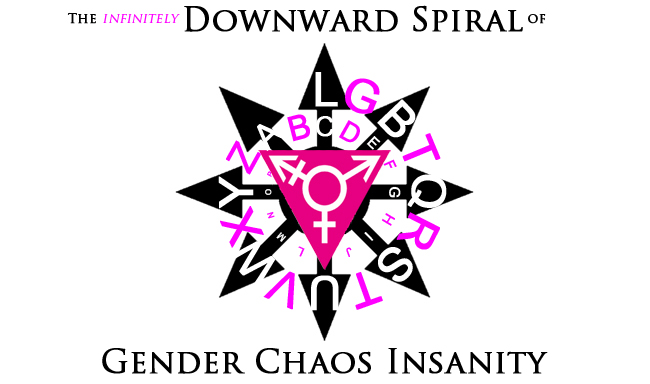 One of the easiest cultural “red (or pink) flags” for evangelical Christians to spot and critique is the plague of gender chaos that is even now sweeping over and radically redefining America before our eyes. Those advocating an “open”, “loving”, and “tolerant” approach to sexual identity and practice have had staggering success in reshaping and remolding the culture into something of an aggressively anti-Christian animal (or collection of animals). Everything from one’s ability to speak to their ability to participate in basic economic activity is now increasingly subject to their willingness (or unwillingness) to embrace as beautiful what God calls rank perversion and sin in the realm of human sexuality.

What we are far less inclined to notice, much less acknowledge, is our prime role in encouraging that guy to be there in the first place.

The last thing we seem to be inspired to contemplate when we see such wide-open mockery of God and advocacy for the death of our culture is, “Wow! How did I (and the rest of the Church) let things come to this?!”

Yet that is exactly what we should be asking, and seriously so, all in a Spirit seeking true personal correction, repentance, and reformation. When we understand that we have been given not only the light of the Word, but the Great Commission mandate to apply that Word to every realm of culture and civilization, we will begin to complain less about what others are doing wrong and notice more what we have done to encourage them to do so. When we understand that those who are enslaved to sin cannot possibly do anything but sin, and that we have the only solution to that critical problem (the supernatural Gospel of Jesus Christ the King of creation), when we will rightly begin to understand that as the culture rots before our eyes, it is doing so in great measure because we have failed to lovingly confront and correct through the Gospel-fueled Great Commission.

When it comes to the specific subject of gender chaos, we see two things:

First, let’s touch on the seemingly unlimited or infinite capacity for perversion in the increasingly popular (and powerful) LGBT[insert next letter(s) here] movement. A fairly easy summary comes by way of some graphics posted recently by Romans 1 insanity advocates online. Here’s the first: 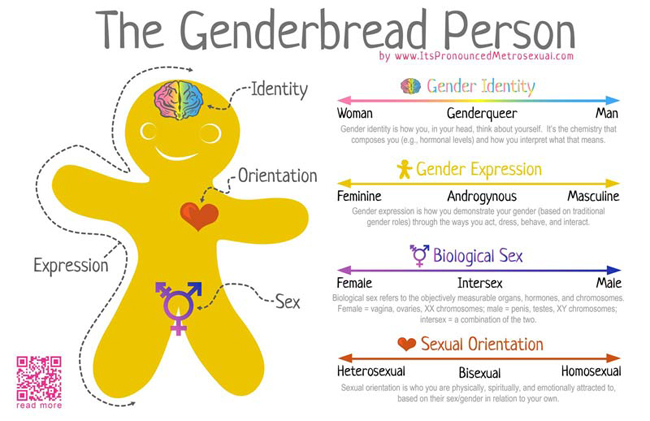 And as if that first one didn’t make the point of infinite perversion potential clear enough, here is the subsequently posted version 2: 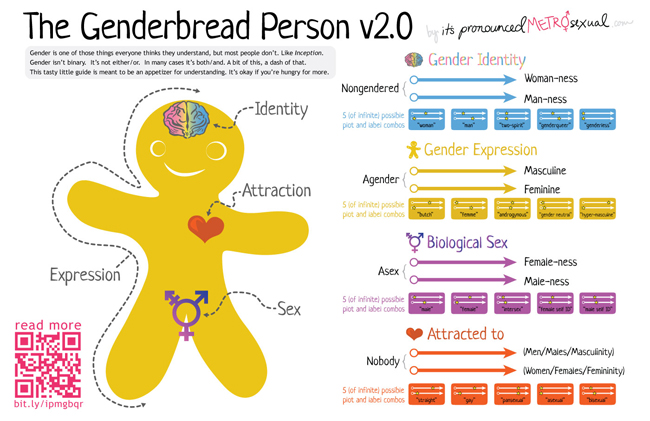 There is literally no limit to the number of letters that will eventually have to be added to the ever-growing LGBTQ tag…until the tag is just ditched entirely, as it will be.

The point of opening these terms up to infinite interpretation is not to “redefine” them so much as it is to destroy them.

The LGBTQRSTUV crew are out to destroy any meaningful definitions of sexuality, gender, marriage, and family.

Because they want to.

You know, like the professing church when it comes to any number of things, from law and economics to business and children’s education.

Obviously, based upon the actual worldview in practice of professing Christians in America (especially the “conservative” ones), there is no need to take Scripture all that seriously.

Just pick what ya like and ignore the rest.

If professing Christians can toss Scripture right on out the window when it comes to their politics, economics, business pursuits, and how they ship their children off to the State for “education” in a worldview taken straight from the serpent’s tongue, then what’s the big deal about sexuality? What makes anyone thing that such obvious hypocrisy is gonna be taken seriously?

If the so-called “conservative Christians” can openly, willfully, and proudly defy God’s clear Word on things like basic economics and the necessity of Christ as the core in children’s education, then what are they smoking when they wag their fingers at the LGBTQRSUV advocate on the Gay Pride float?

The reason for our culture now rapidly disintegrating into open rebellion against God, and falling into deep darkness as a result, is because the professing Christian church in America has, for generations now, led us to this place.

Until and unless we repent and believe – truly believe, as in striving to actually obey God in practice – then this culture is (and should be) doomed. (See: Judgment begins with the Church…not the Democrats.)

This culture is teetering on the brink of collapse into the arms of a totalitarian American State because the church (and particularly pastors) have enabled and equipped the enemies of Christ to do the things they are doing more and more openly and more and more egregiously. (See: Why is the beast of Socialism eating our children? Ask your pastor.)

If we can pick and choose the parts of Scripture that “work for us” in “the real world” as we imagine reality to be, then why can’t the sexual perverts do the same?

If we as “good conservative Christian Americans” can openly celebrate and advocate for the “right” to openly worship any false god that you like in our land, in direct contradiction of the First Commandment listed on those plaques and monuments that we fight to have all over the place (but apparently rarely bother to read), then why can’t a gay activist just dismiss the parts of Scripture that don’t fit with his program?

If we as “good conservative Christian Americans” can support pastors who tickle our ears and avoid hurting our precious feelings on things like our overwhelming support and enabling of the satanic State-controlled children’s “education” system, then why can’t gay activists just as credibly choose pastors who won’t confront their favored idols and sin?

Hasn’t the professing church been the one modeling this approach for many generations now?

Shouldn’t we be the ones modeling true repentance (meaning the open repudiation of past wrong beliefs and the active pursuit of right, biblical beliefs) before we have any business expecting unconverted pagans to do the same?

Shouldn’t we repent of our embrace of flagrantly unbiblical approaches to economics, government, and children’s education before whining about what “those people” are doing to “bring down the country”?

Shouldn’t we insist upon pastors who will actively seek to understand and apply the Word of God in loving confrontation of our idols before we go expecting unbelievers to even begin to do the same?

And isn’t our ability to credibly, coherently proclaim the loving Gospel command to repent, believe, and be saved, greatly impacted by our willingness to actually do these things?