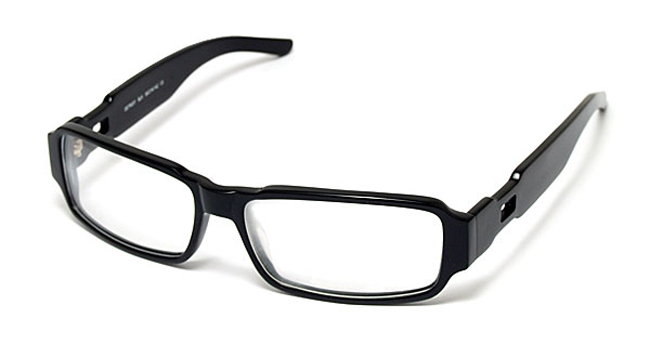 Also thankfully, this seems to apply to most fashionable flash-in-the-pan religious trends as well.

While religious trendiness can have a thankfully short life-span, the lingering effects of once-popular lame teachers and teachings tend to leave deep and lasting impressions upon the culture in which they made their unbiblical impact.

I remember sitting at lunch in a Southwest Missouri Mexican restaurant with a friend who was the “worship leader” at a local midsize Baptist church. This must have happened about six years ago, but it feels like just a month or so ago when he – a truly good and thoughtful young Brother in Christ – over the course of a single lunchtime conversation, recommended to me three books: Velvet Elvis, Blue Like Jazz, and The Shack.

That was a “red flag moment” for me. After finishing my enchiladas, I decided that it was time for me to read these books that had been making so many waves and shaping so many minds – particularly young, impressionable minds – within the professing Christian church in America.

One thing led to another and, in part as a response to what I saw (and smelled) coming from the likes of Rob Bell and Donald Miller, I wrote Fire Breathing Christians

With Reformation Day almost here and Rob Bell’s ongoing (and entirely predictable) downward spiral taking yet another public turn recently with the announcement of another terrible (and sure to be popular) book project, I thought it might be timely and good to share the following subsection from Fire Breathing Christians

Who does Peter lose faith in? Not Jesus; he is doing fine. Peter loses faith in himself… I’ve been told I need to believe in Jesus. Which is a good thing. But what I’m learning is that Jesus believes in me….God has faith in me.” ~ Rob Bell, Velvet Elvis

But false prophets also arose among the people, just as there will be false teachers among you, who will secretly bring in destructive heresies, even denying the Master who bought them, bringing upon themselves swift destruction. ~ 2 Peter 2:1

There’s little argument left to be made that virtually every counter-Christian perspective on every aspect and area of life has been packaged, repackaged, re-repackaged, and relentlessly marketed with great success to the culture in which we live. This sort of evangelical secularism has come to dominate virtually every segment of society, including the professing Christian church.

The penetration of unbiblical thought has been so pervasive and deep that much of what falls under the umbrella of contemporary American Christianity has, for the most part, become just another tool of the enemy.

I think that, for me, the reality and gravity of the situation didn’t really hit home until I sat through and subsequently contemplated the whole “Rob Bell experience” at Second Baptist. [Second Baptist Church – a megachurch in Springfield, Missouri – had showcased a Rob Bell NOOMA video during the first evening service/gathering that I attended. This is chronicled in a section of Fire Breathing Christians

that precedes this excerpt.] I’d lived in Seattle for years and would have had little trouble understanding how something that nutty might become popular up there. But here? In southern Missouri? The Ozarks? The Heartland of America?

Yes, apparently in the Heartland of America…and at a Baptist church, to boot.

There’s no denying it: Christ-less Christianity is on its way to becoming just as cool in America’s heartland as Christ-less anything has already become in the Pacific Northwest.

The wolves we were warned of have been welcomed with open arms to help tend the sheep. And heck, if they can boost our attendance and make us a few bucks in the process, it’s all the better. We’re all about the numbers, and this cool new brand of religion definitely delivers those. So, with pews filled and building funds financed, off to the postmodern, post-Christian races we go.

One of the things that I find both annoying and ironic about the whole deal is the sameness of it all; its uniformity, conformity and predictability. It’s so very tired, lame, stale, and old in every basic and bad sense. Yet it’s being sold—and successfully so—as something bright, shiny, and new. The same old, ever-marketable, and appealing ingredients from time immemorial have been once again remixed to crank out yet another “interpretation” of what is, in essence, basically just the same old thing. Kind of like a “new” item on a Taco Bell menu.

While pretending to hawk some brainy new insight or twist on reality that will supposedly open up a mystical and heretofore unknown doorway to unlimited human potential, all that the Rob Bells of the world are actually pitching is garden variety postmodern political liberalism and socialism dipped in a vat of steaming eastern mysticism.

It’s that tired, old and lame.

And man, is it selling. And by selling, I mean literally, as in, “like hotcakes.”

This hotcake-like sales phenomenon has very much extended into the professing church in America, particularly among its younger members. The twenty- and thirty-something Christian sets are sucking this swill down as fast as NOOMA can crank out Bell product and Zondervan can craft materially profitable alternatives to God-honoring literature.

Counter-Christianity (which is another way of saying anti-Christianity, as there is no middle or neutral ground to be had where the biblical Christ is concerned) has absolutely, positively become very cool in America.

The above post is taken from the book Fire Breathing Christians

.  Lord willing, I will post the following section from the book soon, which focuses some on Donald Miller and his best-selling book, Blue Like Jazz.