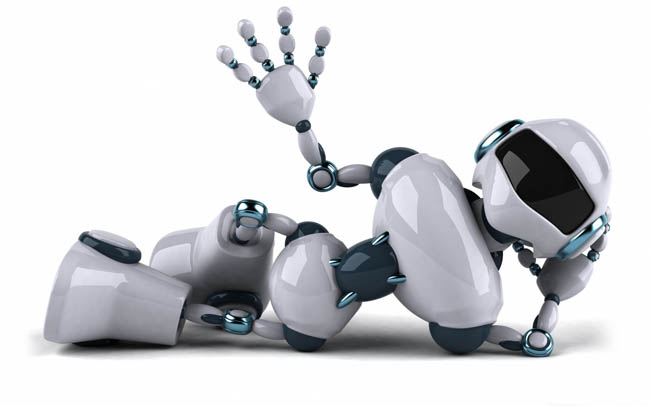 Every Christian should own robots.

If not literally, then at least conceptually.

We should definitely own the idea of robots.  The present and potential uses of such perpetually improving wonders ought to have us jazzed in ways that no pagan could even dream of matching.

But we don’t tend to take that route, do we?

[Tweet “Every Christian should own robots. If not literally, then at least conceptually.”]

For a variety of reasons – most of which flow from a very poor grasp (or even a contemptuous view) of Scripture – most professing Christians seem to have the worst of attitudes when it comes to serious culture- and life-changing breakthroughs made possible by God’s grace through man’s God-given desire to use his God-given (and God-mimicking) creativity to pursue his God-given mandate to subdue and cultivate the creation in which God has placed him.

Of course, all of this has been radically impacted by the fall in Eden, and we’ll get more into that in future posts, Lord willing. But for now, let’s take a sec to consider the inherent beauty and wonder of the technology of robotics – the creation of which is nothing more (or less) than a manifestation and validation of our unique nature as image-bearers of God.

Sure, those of us old enough to remember things like Mecha-Godzilla and (the original) Robocop can’t be blamed for holding onto a few seemingly reasonable reservations about technology, particularly when in the hands of evil people with selfish motives and desires. But as Christians we should never allow our perception of tools and creativity to be bound or defined by the perverse pursuits and applications of those who act from the evil, selfish foundations of unbelief.

So let’s take a moment here, set aside any visions of Cylons or The Terminator, and get down to the good, happy, and important business of applying a Christ-centered, Gospel-fueled worldview to the subject of…robots.

Before we dive into that deep, deep pool, one point worth noting is that robots are already well advanced and becoming more pervasive in society even as you read these words.

They build, clean, feed, and explore on our behalf right now…and they’re just getting started.

A brief skimming of yesterday’s headlines alone reveals that there is a fleet of robots that is helping to feed around 1,000 patients in a new super hospital in Bristol and that a West Virginia police department is adding a robot to its staff. We also see that Google is working on “super fast” quantum processors to help machines toward the goal of human-like thought processes,that UTSA researchers are studying the use of brain waves in the operation of robotic drones, and that robotic birds are being prepared for use in scaring off their “real” counterparts in places like airports and farms.

The point is that, much like fire and the wheel, this whole robot thing is real.

They’re going to do more jobs and in greater numbers. They’re going to get better and better at the jobs they do now, and they will become good enough to soon take on jobs that they presently cannot do. Their seemingly exponential rate of progress and advancement will very soon have them often taking on a more and more human appearance and aspect.

None if this is science fiction.

This is where you’re having a hard time keeping The Terminator and Mecha-Godzilla out of mind, right?

And I’m right there with ya.

But here’s the deal: These technologies are ours by the grace of God, given us by Him to accomplish great and wonderful things for His glory and our benefit right here in His creation.

That is a truth that we must grab hold of as we make our way through this present age of rapid advance and technological wonder.

What is it about the nature of man as an image-bearer of God that inspires him to craft human-like machines? How is the product of this impulse impacted by the nature of the men and women crafting these machines?

What are good, proper, and God-glorifying roles for man-made robots in creation?

What are the consequences of abandoning the nature of God (as revealed in His Word) when we engage in the process of creating these increasingly human-like machines?

Will robots or robotics play a role in the restored creation over which we will rule and through which we will explore and adventure alongside Christ forever? Will they be tools that we use there perfectly and without sin?

These and other questions should inspire us, first to test and seek answers in Scripture, and then to, with confidence and thankfulness,  go about the business of doing the things He made us to do with the tools He gave us to work with.

They should also inspire us to recognize the coming, restored and perfected creation as a real, physical place in which we will actively participate in perfect, sinless exploration, cultivation, and adventure without end.

This is an area that I hope to explore much more in future posts.

In the meantime, I’d like to encourage you to sweep aside the Cylons and strive to think biblically about everything…including robots.

The future for Christ and His people in His creation is far better, more fantastic and a much greater (never-ending) adventure than anything that any sci-fi writer ever dreamt of.

[Tweet “The future for Christ’s people is far better, more fantastic and a greater adventure than anything any sci-fi writer ever dreamt of.”]