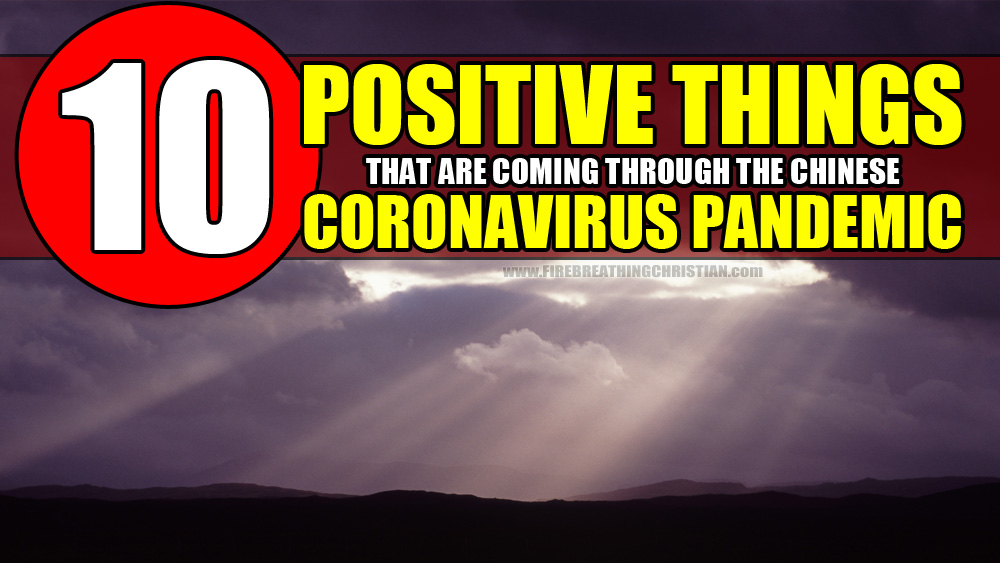 When a major civilizational shift occurs in a sudden, unexpected lurch, it’s easy for those living through the transition to focus on the negatives and miss the positives, especially when the negatives associated with the shift are – or at least seem to be in the moment – catastrophically bad. While the early stages of the Chinese Coronavirus pandemic through which we are now living have many markings of such a civilizational surge, we cannot know whether the clear trajectory that has been established will continue into the future.

In many ways, I sure hope not. The last thing I want to see is the physical suffering, death, and economic devastation associated with the early stages of the pandemic continue on along their predictable path of exponential growth and destruction. I hope and pray fervently that God will grace us with a reprieve, however undeserved it may be.

That said, even if the pandemic continues along its established path, it is no less a tool of the Lord than any other thing in His creation. As such, we should expect to find some very positive developments coming into focus as a direct result of the Coronavirus pandemic. Through all the irrationality, denial, fear, and economic carnage taking root in the land, there are also a great many beautiful and encouraging things emerging and taking root at the same time.

Put another way, the Coronavirus pandemic is yet another example of the all-encompassing and matchlessly inspiring truth of Romans 8:28-31 (emphasis added):

What then shall we say to these things? If God is for us, who can be against us?

It’s in this context that I’d like to offer for your consideration, in no particular order (with the exception of saving the best and most important for last), 10 Positive Things Coming Through The Chinese Coronavirus Pandemic:

Seriously. Think about that.

How many reports or analyses of the pandemic even vaguely acknowledge or hint at God’s role and purpose in it all? Very few, at best.

Yet we witness millions of pleas, prayers, and even sermons for God’s deliverance and salvation, but rarely, if ever, a peep about our desperate need to repent of our open, ongoing rebellion against His crystal clear Word. Why? Because we want Jesus as Savior while we reject Him as Lord.

His Gospel command is not a request.

The consequences of rejecting Him as King are not small. They are massive; literally all- and everything-encompassing.

Each and every one of us should be thinking about these fundamental truths as we try to chart a way forward through the pandemic that He is perfectly using to accomplish His purposes in His creation.

Is repentance at the core of our response to this plague? Or is it not?

May God grace us all with the desire to test ourselves by the light of His Nature as revealed in His Word so that we might repent, believe, and submit to Christ as King in every area of life, all by His grace, all for His glory, and all for our benefit.