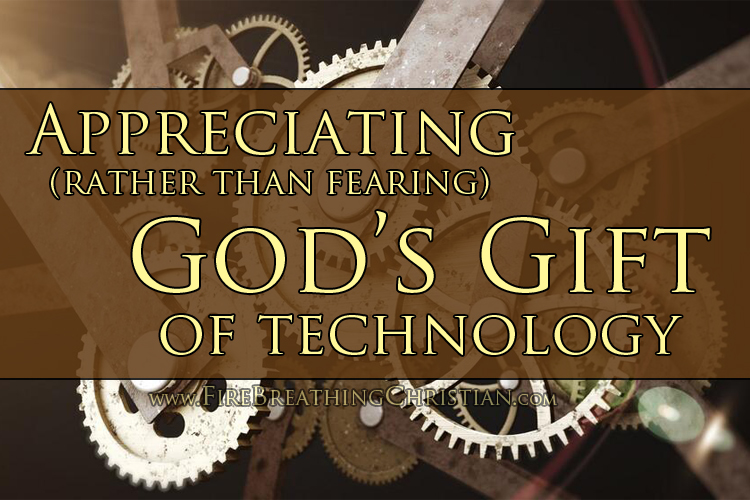 Another day, another news story reporting on how automation is about to replace large numbers of human workers.

A former McDonald’s CEO warned that robots will take over staff jobs at the fast food empire – because it’s cheaper than employing humans.

Ed Rensi has said that buying highly skilled robotics is a cheaper alternative than employing people on minimum wage to work in the company’s worldwide restaurants.

He warned that huge job losses are imminent, and commented that it would be ‘common sense’ to replace humans in the workplace.

This comes as a study into the future of human employment has predicted a surge in machine-led work such as robotic counsellors, body part makers and virtual lawyers.

The worrying research, by professor of management practice at London Business School, Lynda Gratton, and futurologist David A. Smith, suggests that humans will be replaced because robots are able to produce better results.

Prof Gratton said: “Studies have suggested that a third of jobs in Europe will be replaced by technology over the next two decades.”

Then, lest we get the (somewhat comforting) idea that this is mainly going to be “a McWorker problem, and to help give us an even better sense of scale of what has already begun to wash over us, the BBC reports in Foxconn replaces ‘60,000 factory workers with robots’ that:

One factory has “reduced employee strength from 110,000 to 50,000 thanks to the introduction of robots”, a government official told the South China Morning Post.

China is investing heavily in a robot workforce.

In a statement to the BBC, Foxconn Technology Group confirmed that it was automating “many of the manufacturing tasks associated with our operations” but denied that it meant long-term job losses.

“We are applying robotics engineering and other innovative manufacturing technologies to replace repetitive tasks previously done by employees, and through training, also enable our employees to focus on higher value-added elements in the manufacturing process, such as research and development, process control and quality control.

“We will continue to harness automation and manpower in our manufacturing operations, and we expect to maintain our significant workforce in China.”

Please make note of the progress here, particularly the notion that by crafting and deploying robots to do more repetitive, mundane, and menial tasks (not to mention often dangerous ones), human beings (what corporations like to refer to as “human resources”) are then freed up to do what they (are supposed to) do best: Be creative.

You know, like the God in Whose image they are made.

While there are certainly vast and problematic deviations between what a biblically grounded Christian and a typical pagan corporate bean counter or social engineer might understand as human progress or human purpose, there is nonetheless a remarkable and important overlapping with Truth at the base of their worldviews.

As Christians, we understand (or should understand) that men and women are image-bearers of God, and that that means something. Something significant.

Among other things, in means that they have been given unique status by God and – here’s the important part in this context – unique attributes through which they are to explore and cultivate His creation.

Just think about that.

Throw “adventure” into the mix, and you get a pretty good summary of mankind’s purpose here in God’s creation. We’re here to explore, adventure through, and cultivate God’s creation. In doing so, we explore His Nature as He has purposefully revealed it to us throughout His material and immaterial creation, all for His glory and all to our benefit.

Now back to automation.

For many generations now, we’ve been groomed like cattle to embrace a corporate cog worldview that views work as a necessary evil; something we “have to do” to get by, and something that is fundamentally (and irreversibly) cursed on this side of eternity. With this mode of thought in place, we’re easily manipulated to simply do what The System of systems tells us, which has been, for the most part over the past hundred years or so: Get enough of an “education” (as the State/Corporate systems defines education) so that you can be useful enough to the corporate machines around you that they might give you “a job” in their system.

So it is that terms like “work”, “job”, “purpose”, and “progress” have been almost entirely defined not by the liberating light of Scripture, but instead according to the secular system serving words and worldviews of those who have had us to do the work that they wanted or needed done while they used their freed up time to pursue better and more important things.

How a pagan might define “better and more important things” is a rabbit worth chasing, just not here and now. The point that we want to focus on here is the value of God’s gift of technology in increasingly freeing up His people to do truly better things as a Christian might rightly understand the concept of “better things”.

This all comes down to how one views the pursuit of “more free time”, of course. More specifically, what is the goal of freeing up time?

If it’s to spend much more time just lazing around, chillaxin’ and “enjoying” life, as the pagans might understand the concept, then we have a huge problem and “time freeing” technology (or wealth) becomes much more of a curse than a benefit.

This is how many Christians presently view technology and it’s benefits. Wealth too,  often times.

This legalistic and legalism-fueled fear of mastering the things that “might hurt us” or “can be abused by people” has led us deeper and deeper into the darkness as Christians…all to the great advantage and joy of those who would like to keep us in our role as compliant cattle to feed upon and use as they see fit. Human resources, you know.

This ongoing legalism-justified fear of things “that might be misused and therefore hurt us” has played a central role in leading the modern American professing Christian subculture into its present sterile, cowardly and weak condition. There’s no vibrancy or depth in American Christianity, and everyone knows it. Worse yet, most American Christians seem to think this is a good thing, having been conditioned to believe that disengaging from the culture and all therein, thus preemptively surrendering it to the enemy, is actually a sign of “being spiritual”. In a good way.

This is also largely why everything from alcohol and guns to dancing and satire has been fearfully abandoned by most in our modern professing Christian subculture. Rather than engage in the realms of art, law, and technology with a zeal and love for the Lord that motivates us to pursue His Nature as revealed in these things and cultivate them in ever-increasing conformity to His Word, we instead tend to run away from them and pat ourselves on the back for being “too spiritual” to bother “taking all things (like art, humor, law, and technology) captive to Christ” in accordance with the Great Commission.

This is why now that we are being blessed by God with truly awe-inspiring technological advances developing before our fearful little eyes at breathtaking speeds, we are scared.

We assume the worst.

We fear man rather than God.

And since our parents, grandparents, great-grandparents and so on tended to do the same, we’ve been left almost totally unprepared to handle what we as Christians should be celebrating as a tidal wave of glorious opportunity to advance the Kingdom of God.

But since we (and most of our friends) have been sold (or sold ourselves) into the “just get a job” and endure both work and life ’til the rapture comes worldview, we are now clueless as to how we’re going to survive, much less thrive, as a people if, as it is very reasonable to expect, most jobs currently held by humans are instead done by robots or other automation in just the next 15-30 years’ time.

Where this should excite us beyond all get out, instead we are as fearful and pessimistic as the garden variety pagan.

Where we should be thrilled at the thought that the average self-sufficient (as opposed to State/Corporate dependent) family household may soon be able to afford robots to do basic household and business tasks, thus freeing the image-bearers of God in said households up to learn and apply more of what they learn about God’s creation in a manner that adds even more brilliance and beauty to the culture we’re made to build, we are instead prone to attack the gifts God is giving us as potential temptations to laziness or tools of our enslavement.

Rather than embracing the challenge to actually be disciplined, mature men and women capable of rightly using the gifts God blesses us with, we tend to want to run away from them so that we don’t mess things up.

Clearly, we have a lot of growing up to so.

Which is precisely why – or at least one good reason why – God is pushing us right now through His provision and blessing of incredible advances in technology.

Remember: It’s all His.

Technology – and everything associated with it – belongs to God.

And He will use it perfectly to build His Kingdom through His people, all by His grace, all for His glory, and all to our eternal benefit.