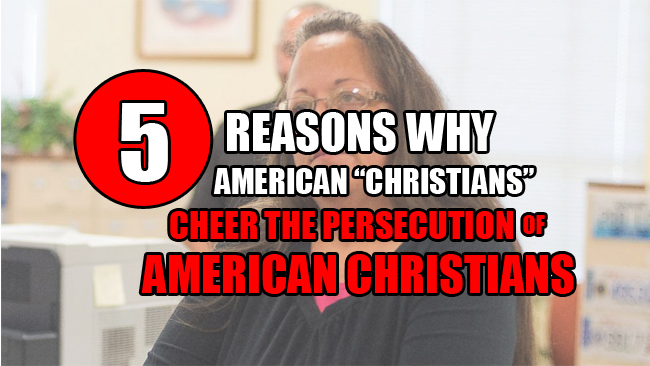 We live in wild and wacky times.

And its probably gonna get a whole lot wilder and wackier before it gets much better. That much seems certain.

The America of 2015 is so far down the pike (and drain) from the America of just 2000 or 2005 that it really can be hard for many to acknowledge, much less accept, the trajectory and velocity of our decline.

Over the past summer, we’ve watched Socialized health care become cemented into place and “gay marriage” made the “law” of the lawless land of America. (See: With ObamaCare and “Gay Marriage” upheld, when (if ever) should we simply say no to Federal control?)

We’ve also watched as Planned Parenthood has been exposed with such clarity and in such detail as to make it painfully plain that we are, by any sane standard, a far worse culture than that which produced Nazi Germany in the 1930s. (See: 51,000,003 reasons why America owes Nazi Germany an apology.)

As these providentially arranged judgments and revelations have unfolded we’ve also witnessed open persecution of obedient Christians kick into high gear all across the fruited plain. (See: Corporate America’s Big Gay Push (Or: “Mark of the Beast” economics, here we come!)

This persecution has now reached the point where those who would dare stand for the lordship of Christ over the lordship of the State are now to be jailed (see: Woman jailed for obeying God in America…while Gay America chants “love wins!”).

The worst, most revealing, and most reprehensible part of it all is that this open persecution of obedient Christians by the Almighty American State is being encouraged and enabled by the support of professing Christians in America.

This is what happens when the religion of Statism  – the supremacy of man and of the State – replaces biblical Christianity in the hearts and minds of most professing Christians in a land. This is the tipping point that we’ve passed in America. As a result, we can and must expect more and more obedient Christians to be more and more openly and more and more seriously persecuted in America…often as American “Christians” cheer on the persecution.

In order to better understand why this is happening, we’ll try here to take a brief look at five of the many reasons why the “Christian” embrace of Christian persecution has taken root in America.

Before we get into the list, though, there are two quick (but important) points of clarification that need to be made:

First off, we have all contributed to this situation. Even the best and most faithful Christians among us (whose faith and faithful actions are all gifts of God given by His grace alone) have become enablers of Statism to some extent and failed to repent thoroughly of past and present harmful and unbiblical beliefs. We all need to repent and submit more faithfully to Christ if we are to reverse this culture’s (or even our own lives’ and homes’) course while there is yet time.

Secondly, my frequent use of the word Christian with quotes around it (“Christian”) is intended to convey the notion that when we – any one of us – engage in obviously unbiblical behavior, we need to check ourselves to see that we are indeed “in the faith” (see: 2 Corinthians 13:5). We need to stop assuming that because we go to church or our parents were Christians or we like theology or we behave nicely that we are actually supernaturally reborn New Creatures in Christ. We need to “test all things” (see: 1 Thessalonians 5:21), including our preferences, traditions, patriotism and even our faith in light of the perfect Word of God.

So the “Christian” tag – the sense that something (or someone) is claiming to be Christian while clearly acting contrary to Christ – is something that should inspire us all to test ourselves.

For all of us…certainly myself included.

With these things noted and held close, on to…

5 Reasons Why American “Christians” Cheer the Persecution of American Christians:

This completes this list of five items respectfully submitted for your prayerful consideration on this vital subject at this critical moment in our history. There are many more points that could be raised and productively kicked around along these lines, and maybe we’ll get into some of ’em in future posts.

In the meantime, I hope and pray that what has been shared here is convicting when appropriate, helpful always, and that it might be used by the grace of God to move His people more firmly and solidly to His side, dismissing the criticisms of unbelief and trusting in Him fully to handle our faithfulness perfectly…all by His grace, all for His glory, and all to our eternal benefit.

“If the world hates you, know that it has hated me before it hated you. If you were of the world, the world would love you as its own; but because you are not of the world, but I chose you out of the world, therefore the world hates you. Remember the word that I said to you: ‘A servant is not greater than his master.’ If they persecuted me, they will also persecute you. If they kept my word, they will also keep yours. But all these things they will do to you on account of my name, because they do not know him who sent me. If I had not come and spoken to them, they would not have been guilty of sin, but now they have no excuse for their sin.”