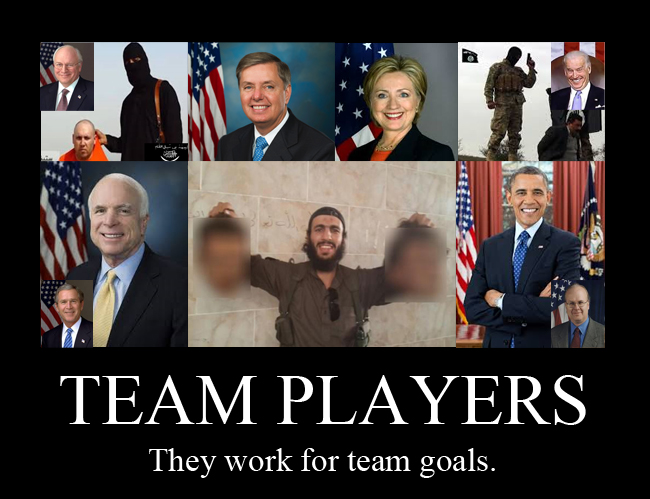 Ever wonder how it is that most “conservative Christians” have been so successfully morphed into enthusiastic tools to help bring about an increasingly socialistic, Orwellian State?

Ever wonder why it is that many so-called conservatives in America are now openly socialistic in practice when it comes to everything from Social Security and Medicare to Medicaid and public “education”? (Just like the liberal “opponents” that they love to hate on so much.)

Ever wonder what it is that got most self-proclaimed “Christian conservative patriots” in America to proudly and enthusiastically support the American State’s thirst for perpetual war?

The good news is: There is a clear answer.

The bad news is that most Americans have been thoroughly programmed to the point that they very often hate even being pointed in the direction of the answer. They tend to be far more inclined to anger at any person presenting the answer than they are inclined to anger at those leading them by the nose to support in practice the very socialist objectives that they claim to hate most.

They’ve been entertained and distracted into a foggy, zombie-like state of blissful ignorance and compliance. They love their distractions (the staged two-party political puppet show, talk radio, etc.) and they idolize America, as they are encouraged to do by their cherished distractions and forms of political entertainment.

Not surprisingly, the same people doing the distracting and entertaining are also active agents for the system of mass manipulation known as:

Learn it because the concept does much to define the manufactured reality in which we live. Understanding Problem>Reaction>Solution helps to expose the actual coherence and reveal the true purpose behind what we are told and encouraged to believe are random, out-of-control and unpredictable events unfolding around us. Once we understand the purposeful nature of these “random” (and often terrifying) developments, we will be well equipped not only to see through many of the lies used to manipulate us along a carefully charted course, but we will also be able to see with increasing clarity the future trajectory and final dark destination of the path on which we’ve been placed. This will allow us to plan accordingly and finally have a real chance to alter that trajectory and avoid that destination.

Live it by applying it as one very useful filter for everything the culture feeds you, particularly through mass media. Understanding Problem>Reaction>Solution will help us to notice not only the disinformation being actively conveyed through deceitful presentations, but also the deception that is passively conveyed through the omission of glaringly important and relevant facts. In other words, we will be able to more easily identify the lies in what we are being told as well as the lies that are empowered and perpetuated through what we are not being told.

Love it because knowledge of this simple system of profound manipulation is, in and of itself, incredibly empowering. Hate it because the Problem>Reaction>Solution model of manipulation has been used to great effect for many years (generations now) in order to bring about great pain, darkness, and despair to those who have fallen under its spell.

Okay then, so what is this thing, exactly? What is “Problem>Reaction>Solution”?

While there is much more detailed info available on this subject, in a nutshell, Problem>Reaction>Solution is the creation or empowerment of a problem designed to produce a particular reaction in a target for the purpose of inspiring that target to clamor for a solution that it would otherwise never have desired – a solution that was the goal of those who created the problem in the first place.

Here’s a slightly more detailed breakdown of the idea:

Dilemma: The pre-Problem problem – This is the real problem from the perspective of those who are about to deploy the Problem>Reaction>Solution model of manipulation. They have a goal or objective in mind, but they know that such goals and objectives are unappealing to the masses. So, in order to get the same masses to go along with the program and embrace the ultimate goals of “the powers that be”, the Problem>Reaction>Solution technique is employed.

Step 1: Problem – Here a threat is crafted, encouraged, and/or amplified to the point of becoming a serious concern to the masses. This threat may be real, imaginary, or some combination of the two. The point is that this threat is fueled, enabled, and empowered by the “powers that be” in order to inspire…

Step 2: Reaction – Here the masses predictably react on cue to the manufactured problem, as was intended all along. Again, the problem to which they react may have very real and very terrible components (like militants actually embarking upon child dismembering rampages in the Middle East, for example), but this very “problem” has been enabled and fueled by a few in order to inspire this particular reaction from many, so that the many might be manipulated into demanding…

Step 3: Solution – Having been profoundly disturbed and frightened into compliant submission to the original (unstated) plans of those guiding this whole process, the manipulated masses then beg for a solution to the problem in question. This solution will be both A) something that never would have been embraced by the masses prior to the introduction of the “problem” at the beginning of this process, and B) exactly what the process-guiding elites atop the government wanted in the first place.

Let’s close with an example to help clarify things:

One of the most obvious P>R>S programs on display at the moment (and there are many) is the unfolding nightmare scenario involving Islamic State’s murderous rampage across Syria and Iraq.

Step 1 – Problem: The elites atop the US government arrange to fund and help train Islamic State (aka “The Artists Formerly Known As ISIS”) militants. Thus, they create (or at least radically increase and empower) “the problem”.

Step 2 – Reaction: The American people are horrified at what US-funded and trained Islamic State militants do with the power given them largely by those atop the US government. This reaction is wildly amplified and promulgated through corporate media’s deluge of coverage – very selective coverage of “the problem” in a manner most likely to inspire masses of Fox News, CNN, and talk radio fans to demand action, which then leads neatly to…

Step 3 – Solution: The American military is once again deployed in the latest chapter of its never-ending Orwellian assignment to perpetual war and, more importantly, American citizens are prepped and primed to enthusiastically surrender more of their liberty at home in the name of “fighting terrorists” like…the US-funded and fueled Islamic State.

So it is that Problem>Reaction>Solution works in diabolical harmony with our “choose the lesser of two evils” faux political system to ensure that we will soon all be marched (or freely and happily choose to march) into the darkness of totalitarianism.

This totalitarianism will be realized through the happy compliance of millions upon millions of self-identified Christian conservative church-going patriots…until and unless we all repent of our American idolatry, submit to the lordship of Christ in all things, and strive to both seek His truth and apply His light…no matter how much it hurts at first.

Judgment is not only coming; it’s already here. May God grace His people with repentance and restoration…while there is still time…