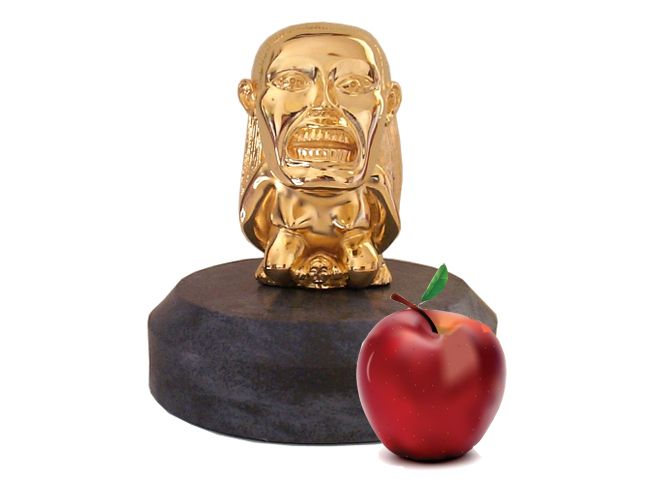 Is there anything more warmly regarded by the typical American?

Right outta the Communist Manifesto, yet adored and defended by most professing conservatives in America.

Built plainly upon the satanic approach to the pursuit of knowledge, yet adored and defended by most professing Christians in America.

Talk about a gigantic, disgusting, yet very much cherished idol dominating the land.

So who is responsible for this?

Is it the Liberals?

It’s not the Democrats, the Liberals, or even Common Core…

We are, as always, the greatest enablers of the enemy. We are the most compliant tools in Satan’s quest to mold the minds and worldviews of our own children.

America seems to be happily plunging itself and its children into the tyranny of Statism primarily because professing Christians have proudly led the way. Rather than lead the culture in repentance and tearing down the enemy stronghold that is the satanic, State-controlled children’s “education” system, it is professing Christians who are among the most vocal and ardent defenders of this child-eating, culture-corrupting abomination.

While there’s little left to wonder as to why unbelievers would buy into and strive to prop up the satanic lies at the foundation of the system feeding on the minds and souls of our young, what of the professing church? What of professing Christians? Why are we so into the satanic spin on the pursuit of knowledge?

A satanic approach to the pursuit of knowledge has been embraced by the professing church because most of those expressing fidelity to Christ with their mouths have no interest in submitting to Him as Lord in practice. Put another way, they are unbelievers. They are self-serving slaves to emotion, tradition, and any other thing that can be used by the enemy to trump the often uncomfortably challenging and convicting truths of Scripture.

Another large group of satanic Statism enablers within professing Christendom is comprised of true believers – supernaturally saved New Creatures in Christ – who are being utterly neglected by the professing shepherds charged with the task of promoting their active, detailed pursuit of holiness (meaning: obedience to Christ the King in all that He has commanded). The simple, clear mission of the Great Commission (see: Matthew 28) has been abandoned and trampled by the vast majority of professing church leadership in America, traded in for man-centered, feeling- and emotion-driven counterfeit religion…a counterfeit religion that inherently enables and promotes Statism, which, not-so-coincidentally, is the goal of State-controlled children’s “education”.

Most practitioners of this alternative religion sport all of the most appealing trappings associated with “good ol’ fashioned, ‘Bible believing’ American Christianity”.  They have the Scripture readings and nice sounding sermons, the potlucks, and the warm, friendly smiles and hugs. But when it comes to taking up the challenge of the true Gospel-fueled Great Commission of Jesus Christ to “make disciples” who lovingly, actively strive to do “all that He has commanded”, including all that He has commanded on the subject of children’s education…well…did I mention potlucks and hugs?

In answering the question as to why there is such an evil, civilization- and culture-warping scourge as our present State-controlled children’s “education” system, we must look first to the professing church in America and, even more precisely, to its professing pastors. They are the ones most responsible for the souls of the children being fed to the beast of Statism quite freely and happily each and every day here in the “land of the free” and the home of the NSA.

If professing Christians in America would obey Christ in practice in this critical matter today, the beast would die of starvation tomorrow…and their children would be freed from the life- and culture-strangling snare of a satanic approach to the pursuit of knowledge.

So what is your pastor preaching and teaching on this subject?

How is he confronting sin and encouraging holiness on the subject of children’s education? How are you and your family being led in this incredibly important area of life?

Are you being led toward the clarity and life-bringing truth of Scripture…or away from it?

Are you being convicted and inspired through the clear preaching of the Word on this subject…or are you being “protected” from being made uncomfortable?

It never hurts to ask a pastor a good, honest question – especially on such an important matter as the formation of our children’s minds. Any pastor striving to serve the true Christ of Scripture should never resist a request to dive deep into the Word for detailed answers to any question, much less one so important as this.

If your pastor has not been clear or precise on this subject (quite possibly out of ignorance or fear of offending those who worship and adore the modern American idol of State-controlled children’s “education”), then it would be a good idea to kindly, graciously ask him what the Word of God has to say on the subject.

Encourage Him to go to the Word.

Insist upon it, lovingly but firmly. (And remember: Grace, grace, grace…we’re all, at best, works in progress by the grace of God.)

His answer to such requests will tell much about his role in leading others to support or oppose the beast that is even at this moment consuming the minds of tens of millions of little children…children who come mostly from “conservative Christian” homes and are members of “Bible believing Christian” churches.

We can’t even begin to slay this dragon if we won’t face it head-on.

We can’t find the answers if we won’t ask the questions.

And we can’t credibly claim to be true disciples of Christ if we will not seriously strive to learn and obey all that He has commanded…including His many detailed pronouncements on the subject of children’s education.

The minds and souls of our children, grandchildren, and generations to come thereafter are hanging in the balance.

Now what are we going to do about it?