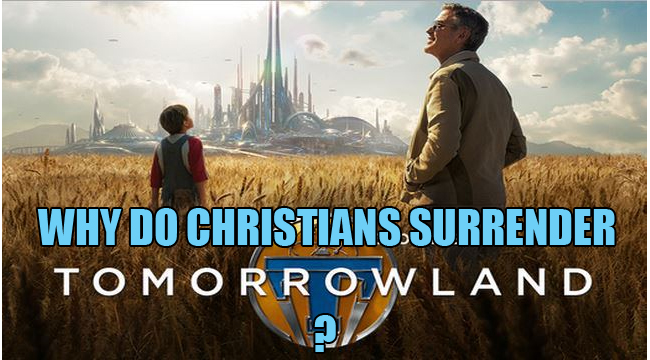 Back in May, we asked the question: What if we are living in early Church history?

In today’s most popular versions of Christianity in America, that’s a really weird (and to some a borderline heretical) question to ask.

We’ve wandered (or run) far away from our Pilgrim/Puritan founders, who undertook the greatest of adventures and placed their everything on the line because they actually believed in the triumph of Christ over every realm of His creation through His Gospel-fueled Great Commission (see: Matthew 28:18-20). They actually believed that everything in His creation – material and immaterial, extending well beyond the mere spirits or souls of mankind – was being reconciled and restored by the perfect work that He accomplished on the cross (see: Colossians 1:15-20).

We don’t much believe anything like that sort of thing ’round here anymore in America, even in most self-described “conservative, Bible-believing” churches.

It’s no coincidence that the farther we’ve gotten from the biblically rooted worldview of the Pilgrims and Puritans – a vigorously Calvinistic understanding featuring a vibrantly optimistic eschatology – and the more that we’ve embraced a man-centered, synergistic perspective attached to a practically pessimistic short-term eschatology, the worse our lives, families, churches, and culture have become.

The “it’s all going to hell anyway” approach to the future has served as a powerful governor against the professing church going “all in” to engage and transform the culture through the supernatural transformation of individuals. By focusing on “getting people to Heaven” instead of anything remotely resembling the comprehensive, creation-reconciling work of the Gospel-fueled Great Commission, the professing church has led the culture by example down a self-serving, self-destructive path.

It would seem to be clear from the mountains of evidence that we have smoldering around us that the popular modern “end times” spin that has come to dominate America’s professing Christian subculture has proven to be the ultimate in self-fulfilling bad prophecy.

It’s hard to think of a more effective tool of the enemy in our land where the deflation and neutralization of the Great Commission is concerned.

Every now and then, in spite of what professing Christians in America between Pilgrim times and today have allowed and encouraged to happen, God graces us with little sparks of true, biblical inspiration and little glimpses of the hope that we are supposed to have in what He will accomplish throughout all of His creation by way of His supernatural, comprehensive Gospel. I was reminded of this last night when I caught what turned out to be a pretty cool flick.

Yesterday Holly and I Red Boxed Tomorrowland and man, lemme tellya, there was a whole lotta really good stuff in there. Obviously, having been crafted by folks clearly holding to unbelieving worldviews, there are many fundamental flaws impacting much, if not all, of what is presented in the film. That said, there were several (unintentionally) biblically solid, thought provoking moments sprinkled throughout, some of which struck me as both desperately needed and bright to the point of brilliant.

And this is where one indictment of our abandonment of the arts to enemies of the Kingdom of God becomes apparent: We ought not be leaving the culture to rely upon unbelievers to have these glimpses into an optimistic future and critiques of the self-serving, apathy-inducing, sensationalism-fed pessimism that has come to define modern American Christianity (and thereby the larger modern American culture in which it lives).

For those of you unfamiliar with Tomorrowland, it is a tale of optimism. It’s an adventure set in a context of hope and excitement as to what beautiful, wonderful things man will one day learn, build, and accomplish through the proper use of his God-given talent. Of course, the creators of Tomorrowland, in suppressing their knowledge of God, do not properly acknowledge, much less understand, the basis for much of what is good in their film, but they do see clearly the many fundamental ways in which life is made worse by those who embrace a practically pessimistic approach to the future of things here on earth…a view that they have likely been exposed to routinely by way of professing evangelicals in America.

At any rate, Tomorrowland features a beautiful “city on a hill” concept – a counterfeit of the true City, but a counterfeit that is only able to shine because modern Christians have abandoned the adornments of the Kingdom to the enemies of Christ, who have been all too happy to use the beautiful things that we have thrown down and trampled.

Beautiful things like art, technology, adventure, exploration, science…all things that we are commanded and equipped to take captive to Christ (see: 2 Corinthians 10:5) for His glory and our benefit, but all things that modern American Christians tend to dismiss as insignificant due to their belief that things in the world are inherently of the world and are therefore somehow “not spiritual” in some weird, wildly unbiblical, neo-Gnostic sense.

Thus, American “Christians” concede pretty much everything to the enemies of God in the name of “being spiritual”. Art, economics, education, science, technology…the devil get’s ’em all, and is only too happy for the Christian-enabled opportunity. (See also: Encouragement from Satan.)

Now back to Tomorrowland.

Of all the many supercool points made and pictures painted, my favorite moment came when the antagonist, a man named Nix, goes on something of a tirade explaining how captivated people are by their pessimistic worldview because it keeps them sensationally entertained while giving them justification and cover for their abject apathy and laziness.

“How do you think people responded to the prospect of imminent doom? They gobbled it up like a chocolate eclair! They didn’t fear their demise, they re-packaged it. It could be enjoyed as video-games, as TV shows, books, movies, the entire world wholeheartedly embraced the apocalypse and sprinted towards it with gleeful abandon.

. . . In every moment there’s the possibility of a better future, but you people won’t believe it. And because you won’t believe it you won’t do what is necessary to make it a reality. . . and you resign yourselves to it for one reason: Because that future doesn’t ask anything of you today.”

And there you have it.

Who said God couldn’t (or wouldn’t) use unbelievers to call out and shame those who claim His name but refuse His mission?